Democracy, the dream of many and the idea so many have died for in Iraq and Afghanistan, it has long known has had a double meaning. For U$A it translates as 'people we like in power' whereas its opposite, 'dictatorship' is 'people we don't like in power'. Here is proof - elections in Kenya which the EU observers say were not fair at all, the bastion of democracy says different;

The US, however, which enjoyed close cooperation with the Kibaki government on anti-terrorism matters, congratulated the president on his reelection and said it supported the electoral commission's decision.

State Department spokesman Robert McInturff said: "The United States congratulates the winners and is calling for calm, and for Kenyans to abide by the results declared by the election commission"

Yet when Chavez looked poised to win his election, the U$A decided that this vote looked dodgy;

Chavez appears to be in line to defeat his main rival, Manuel Rosales, governor of the country's far-western Zulia state.

Political adversaries of the government have expressed concern about the honesty of the balloting process - concerns shared by Stephen Johnson, a senior policy analyst with the conservative Heritage Foundation.

Since coming into power, Johnson said, Chavez has moved to install a "crony congress" and to impose tight controls on the news media.

"A climate of fear and intimidation" had taken hold, he said..."It is a dictatorship with the fig leaf of democracy,"

Like we should expect any more from the staunch supporters of those democratic lands of milk and honey such as Pakistan, Saudi Arabia, Uzbekistan...
-
PS - I got 'The Strange Death of David Kelly' by Norman Baker MP for xmas and its a great read, more on the book once finished...
-
Posted by anarchist at 8:35 pm
Labels: africa, democracy, U$A 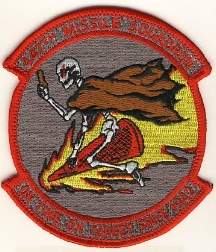