You've seen the 'Rumble in the Jungle', now it's the 'Smashing in Sydney'. Roll up, roll up for what should be been an easy denialist win. In the blue corner was Lord 'Fuckwittington' Monkton and in the red corner was computer scientist Tim 'Deltoid' Lambert. Both were pitted against each other in a major debate. Prior to the debate the odds were against Deltoid; the referee host is very bias towards denial plus sympathetic towards Monkton, the crowd was organised by the said bias host, so, on the whole against Deltoid. In addition, for all his faults (and they are legion when it comes to science), Monkton was a very experienced political player and accomplished public speaker - whereas Deltoid had never done such a debate before.

However the three things Deltoid had on his side were key in this battle:

Did I also mention that he was right? That helps. So What was the outcome? In summary, in the second round of the fight Deltoid landed a severe blow against Monkton that can only be described as a Technical Knock-Out (TKO).... and how he did it was very clever;

You know that famous scene in Annie Hall where a bore is going on and on about Marshall McLuhan's work and Allen produces McLuhan who tells the bore that he got McLuhan all wrong? Well, that's kind of what happened in my debate with Monckton. Based on what he had identified as his most important argument in previous talks I was pretty sure he would argue that climate sensitivity was low based on his misunderstanding of Pinker et al Do Satellites Detect Trends in Surface Solar Radiation?. And sure enough, he did.

If you read the title of Pinker's paper, you'll see that it's about changes in surface solar radiation, not climate forcing as Monckton would have it. In ideal world I could have had Rachel Pinker appear from behind the curtain to tell Monckton that he was wrong about her paper, but I was able to do the next best thing. I first played a recording of Monckton's building up Pinker as good scientist who was not interested in the global warming debate, and where he got her gender wrong again and again. Then I played a recording of a female colleague with an American accent reading out Pinker's message to me on how Monckton had misunderstood her work. It was as if she was there.

Boom! From there on, the rest was noise. 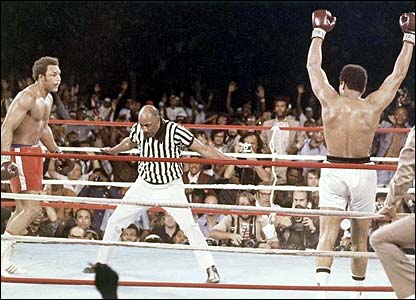 Congratulations to Tim 'Deltiod' Lambert. Full debate can be found here; part 1, 2 and 3.
Posted by anarchist at 10:18 am
Labels: climate change, debate