Why I am going to Vote Danny!

Hot on the heels of Ian Bone's suggestion that; "unlike most anarchists I think standing in elections can be a useful tactic in the armoury of the revolutionary..." - I agree that it is worth voting as it's a great way to make a bit of mischief and also if you don't vote scum like the BNP get in - who rely on apathy to win.

In Bristol West, a guy Called Danny Kushlick is standing for the People's Manifesto - which has some fun and some serious stuff on it...

1. The introduction of a Tobin tax (Robin Hood tax) on foreign financial transactions.

2. The Daily Mail should be forced to print on the front of every edition the words: "This is a fictionalised account of the news and any resemblance to the truth is entirely coincidental."

3. There should be a referendum before going to war.

4. MPs should have to wear tabards displaying the names and logos of the companies with which they have a financial relationship, like a racing driver.

So it is going to be down to us. Bug given that social media gives us a scope that we've not had before; witness the toppling of the carefully orchestrated Christmas No1. by Rage Against the Machine, and you can see that winning is possible. This is not a protest vote; this a real vote. But also given the media/government hysteria on drugs of late, it is time for a bit of rationality into the debate. So yes, I'm voting Danny.

I've got nothing against the LibDem MP, hell, I even voted for him 2005 to send a message to Labour over the war. But if we elect another LibDem MP, then it's all a bit meh. If we elected Danny - that would cause some ructions for the powers that be: that would not be the end of it - far from it - but it is a step in the right direction of getting of real, grassroots democracy going.

But it is also important because Danny is the policy director of Transform - who campaign for sane drug laws. The media-friendly 'ban it all' approach we're been taking for the last 50 years or so costs us over £1.2 billion per year and yet drugs are cheaper and more freely available than ever before. I want to see policy change to something that works. People are going to use drugs, whatever, so lets deal with that and move on... I live in St.Pauls and see the fallout of the failed policy regime day-in and day-out. Enough.

So, c'mon fellow Bristolains - lets Vote for Danny! If the Daily Mail hate him, you know he's worth your support! 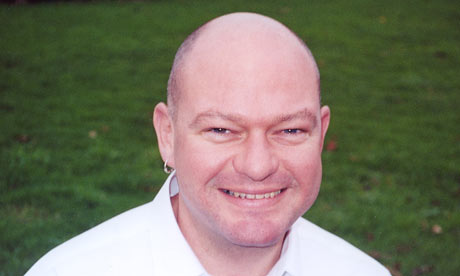 You can hear him on the GoatLab radio show playing tunes and talking about his work on drug law reform. http://www.thegoatlab.com/2009/12/goatlab-radio-drugs-special/

We are in Bristol West, and are now one issue voters - Home Education.

So far the Conservatives and UKIP have supported us and the LD's let us down. I like the sound of Danny's ideas, but also want my vote to count.