Understanding the Mind of the Denialist

So I have spent too much time over the last year debating with denialists on places like Bristol Indymedia about global warming - but no no avail. It does not matter how many arguments you disprove, the core belief in a global conspiracy over climate change remains intact and (amazingly) unexplained. So it is natural to turn from the science of global warming where the denialists have zero standing to the mind of the denialists themselves. Why? A writer on cults and conspiracies turns his gaze and experience to global warming...

Conspiracy theory about the JFK assassination, 9/11, the New World Order, ACORN and the SEIU, or The Protocols of the Learned Elders of Zion more often than not reflects the psychology of the conspiracist–the need to assign blame, to impose a coherent narrative on the terrifying randomness of catastrophes, to alchemize a personal feeling of impotence and disaffection into focused outrage. It’s unfortunate, it’s disturbing, it’s irrational, but it’s what it is.

This is interesting - it means that global warming denial is an emotional response and not a logical response. That means a number of things:

First it means that you can't really win a debate - not because you can't out-argue them on facts - that's easy - but because to win them over you have to change an emotional response in their mind-set and facts simply won't do that, humans are just not wired that way. This is almost a religious thing (which is why I laugh when I get called a 'believer' by denialists, it's evidence of what I am saying - the transference of the emotional state onto the other) it is the new The Protocols of Zion;

[You've] got people promoting the interests of the business sector by promoting a conspiracy theory about nefarious forces plotting to rule the world, where scientists have taken the place usually held by Jews, Illuminati, Masons or some such.

That virtually the entire scientific enterprise at a planetary level is involved in a conspiracy to hoax the planet in order to overthrow capitalism and install planetary totalitarian rule is every bit as absurd as the conspiracy posited in The Protocols of Zion. What's more, it's just about as hateful.

The second reason is because the nature of the conspiracy theory it itself designed to ensure that it is unprovable. It has removed any and all possibility of being disproved, which is why now it has been disproved (oddly enough the email hack did that showing no conspiracy and no nefarious plotting, just the very human to-ing and fro-ing of science). Another writer on conspiracy theories nails this point;

The substantive content of a political conspiracy theory is often completely irrelevant to the underlying purpose of the theory and, in any event, there is no possible way to refute or disprove most such theories to the satisfaction of its authors or adherents because most political conspiracy theories are constructed to be self-sealing so that contradictory data can be instantly dismissed, ignored, or de-valued. The reason is because the theory functions as a problem-solving device but the actual “problem” has virtually nothing to do with the details regarding people and events which are part of the conspiratorial narrative.

But to take the idea further - the conspiraloon ideology of the hard-right has been harnessed by business interests to weaken any political will for action; "It’s cynical, it’s opportunistic, and it’s horrifyingly dangerous."
Posted by anarchist at 10:16 pm
Labels: climate change, the_right, tin foil hats

Thanks for an interesting post, with good links. There's definite overlap, usually, between Conspiracy, Apocalypse and Paranoia. Interesting to see the conspiracy crowd yelling out "there's no evidence for global warming" (wrong, obviously) while having no evidence themselves FOR a conspiracy (the point on the hacked emails is good). George Monbiot did a fairly clunky spoof email about this, I recall... 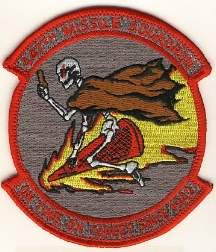 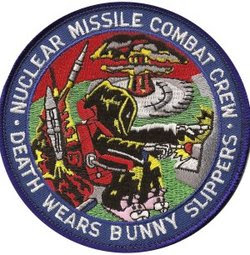 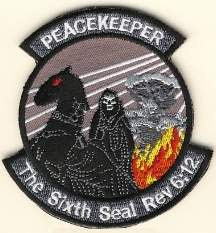